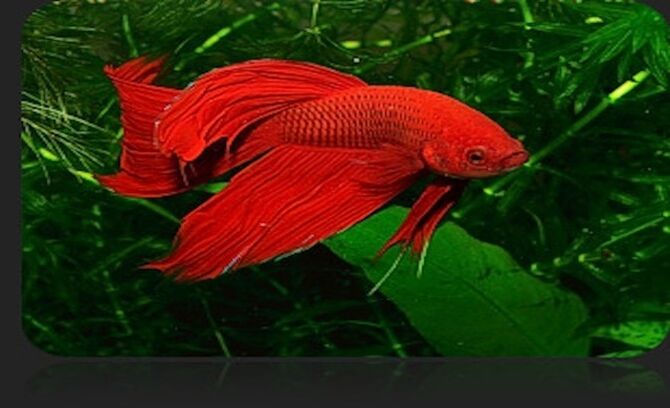 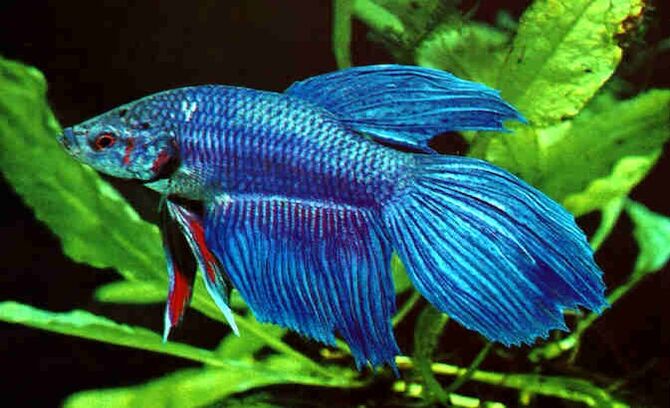 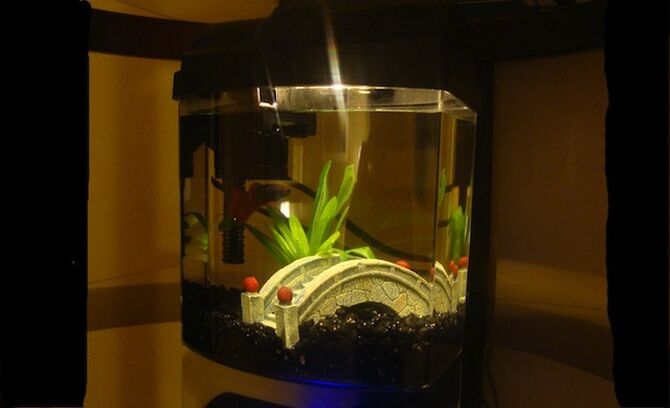 The Siamese fighting fish (Betta splendens), also known as the "betta fish" or just "betta", is one of the most popular species of freshwater aquarium fish.They are best known for their bright, colorful scales and long, lush fins. It is native to the small rice paddies of Thailand and called pla-kad or pla-kat ("Fighting Fish") in its native Thailand. The name Betta (or beta) is pronounced /ˈbɛtə/. Both "beta" and "betta" are commonly used.

B. splendens usually grow to an overall length of about 5 cm, though some varieties reach 3-5 inches in length. In recent years breeders have been able to create "Giant Bettas" that exceed nearly 10 cm due to the manipulation of a mutant gene. Although bettas are known for their brilliant colors and large, flowing fins, the natural coloration of B. splendens is a dull green and brown, and the fins of wild specimens are relatively short and round. However, brilliantly colored and longer finned varieties, such as Veil Tail, Delta Tail, Crown Tail, Round Tail, and Halfmoon Tail have been developed through selective breeding.

The betta is a member of the Gourami family (family Osphronemidae) of order Perciformes. Although there are nearly 50 other types of bettas, B. splendens is the most popular species among aquarium hobbyists, particularly in the United States.

Community content is available under CC-BY-SA unless otherwise noted.
Advertisement